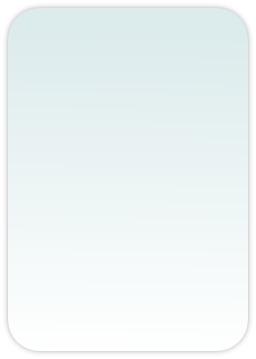 Don't want to order by PayPal, then order directly by:

clicking on the "Order Form" button below to display the printer-friendly form, print it, fill it out , and send it along with a money order (sorry, no checks accepted).

Domestic abuse is a reality.  Being disrespectful, verbal abuse and violent behavior are part of many families and partnerships. Domestic violence, unfortunately, is not just men being violent. The Department of Justice (6) reports that every 37.8 seconds a man is battered somewhere in the United States . Every 20.9 seconds a woman is battered. In J. Kasper’s article, Parenting Rage - Leashing the BEAST Within(9) , each day in North America, 3 children die from child abuse and 13,700 children are abused and neglected, according to the Children's Defense Fund. The questionnaire answers indicated that both men and women (and in some cases children) were the abusers. Here is just one example of the many that were submitted: “You see, the abuser is my brother, who lives with my mother, and I  am trying to keep the family intact based on the request of my mom, who has Parkinson's and has recently become mentally and physically incapacitated.”

I did not correct spelling or grammar on any of the comments submitted.

Now the answers from the questionnaire:

The abuser  = Domestic abuse or violence is between partners or any family members. It may be yelling, arguing between siblings, the abuse of an older family member(s), abuse of a friend, forced sex by a significant other, physical or emotional abuse of a child, and any type of violence among same sex partners. I witnessed a father yelling at his son who could not have been more than seven years old.  As the father was yelling, the little boy actually started shaking with fear and wetting his pants.  This father saw the child shaking and was shocked. He stopped. How sad he can see the results in a little boy but can not see that his behavior does the same thing to his significant other. This episode happened with the father, but it could just as well could have been with the mother; the results would be the same.

No one ever deserves to be abused. Abuse is one method used for control. In reality it is a disorder of power as well. The purpose of abuse is to control the behavior of another person. It is very difficult for some abusers to admit not only to you but to themselves that they are abusers. Some are in a form of denial, and others believe they have a problem but don’t need or trust anyone. They believe they can fix the problem themselves so will not go to counseling, psychologists, psychiatrists, etc. They may be so insecure or afraid of what they will learn about themselves that they don’t want to face it!

Definition of -- My question? = My question can be for any one of the following or a combination of them. It can be a composite of all these many areas:

An expression of inquiry that invites a reply

A subject or point open to controversy

To express doubt about; dispute

To analyze or examine

A request for data

A situation that presents difficulty, uncertainty, or perplexity

A lack of conviction or certainty

A particular matter or issue that is in dispute, uncertain, or to be inquired into

Uncertainty about the truth or factuality of existence of something

Challenge the accuracy, probity, or propriety of

You and I as the readers of the answers must interpret the answers given and I will ask My question when the answers don’t seem to fit.

What it is NOT -- it is not about assigning blame!

The breakdown of the 100.00% who answered:  (More abused answered the questionnaire from both groups.)

Chronological age is a measurement of the time a person has lived---his or her age in years.

Physiological age refers to the degree to which systems of the body have developed relative to chronological age.

Intellectual age refers to whether a person's intelligence is below, above, or equal to his chronological age.

Social age compares social development with chronological age. It asks the question; "Does this person relate as well socially as he should for his age?"

Emotional, like social age, compares emotional maturity with chronological age. It asks the question; "Does this person handle his emotions as well as he should for his age?"

MEASUREMENTS OF AGE was written by Dr. Jerome Murray,(10)  and there is more personal development material at his web site: http://www.betteryou.com/

5. Do you feel that it is possible that your Intelligence Quotient (IQ) grew to adulthood, but your

6. IF you feel your EQ was stunted, at what age do you think you are stuck?

Percentage of those who answered “True”

Daniel Goleman Ph.D. is the author of Emotional Intelligence NY:Bantam Books (1995). Goleman’s point that Emotional Quotient includes self-awareness and impulse control, persistence, zeal and self motivation, empathy and social deftness has been accepted in many areas with today’s healthcare professionals.

·         The capacity to accurately perceive emotions

·         The capacity to use emotions to facilitate thinking

·         The capacity to understand emotional meanings

·         To identify and name one's emotional states and to understand the link between emotions, thought and action

·         To read, be sensitive to and influence other people's emotions

Seeking help: Counselors, psychologists and psychiatrists are helping those with difficulty with low Emotional Quotient (EQ). Our emotions help us to decide how much importance to put on each piece of data we process with our feelings. Some people don’t know how they feel at times; others may misinterpret what they think they are feeling. With the help of a professional each feeling can be discussed and how the person reacts or wants to react. It is imperative that people have the ability to look closely at how and why they make the decisions they make. Those that go into some form of counseling continually improve their E.Q. Although improvement depends a lot on where you’re starting from and how long you are willing to work on it.

7.  Do you find yourself trying to control or influence your partner?

Help someone by sending them the link to this site:  www.mendontlisten.com

Email your relationship questions to: MenDontListen@aol.com and receive a personalized answer.